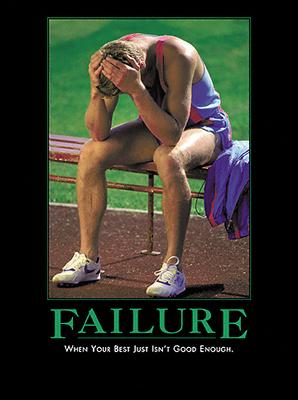 Let me begin by saying that I’m writing from a Starbucks near my house because once again, Comcast (CMCSA) has failed to deliver and I’ve finally made a decision I should have made a long time ago, to cancel my Comcast subscription and use an alternative.

That being said, I feel obliged to share some details from this last debacle…

Things got kicked-off at around 1PM (ET) yesterday when the cable went out, which I had been expecting for the past twelve hours (we did have a Hurricaine come through town).  I did notice that Comcast had somehow managed to make it through the actual storm itself, failing once the weather had normalized, but gave them the benefit of the doubt given the circumstances and decided to enjoy the beautiful Sunday afternoon.

I returned at about 4PM to find that the connection was still dead, so used my phone to check their site to see if anything had been posted.

Buried underneath a bunch of ads XFINITY was the following:

The informational page itself was a pretty good example of a company not taking the Internet very seriously.

I did find it slightly ironic that one of the tips was, “Be prepared and have an emergency plan in place. If you don’t have a plan, or don’t know how to make one, click here to learn more.”

What was Comcast’s emergency plan?  Where was all the information showing me what you are doing to ensure minimal downtime in the wake of the storm.  Why are you telling me not to cut cable lines?

Continuing down the page, I couldn’t help but laugh to find this diagram that apparently explained how the cable system worked:

Missing the part where Comcast executives poop on customer’s heads

Their joke of a page was missing any actual useful information such as A. the scope of the issue, B. estimated downtime and C. What Comcast was actually doing to help restore connectivity.

Compare this to the Pepco Web site, which dedicated their entire homepage to keeping customers updated on their efforts and even offered customers a dynamic outage map, which detailed the scope of the issue, actual numbers of affected customers and outages and an estimate for when power would be restored.

Not bad for a company with a monopoly

Realizing that the Comcast Web site was a complete waste of my time, I headed to Twitter, where I knew Comcast had been making an effort over the past few years to better connect with customers.   I was sort of amused to see that @comcastcares had decided to split town.

As a last resort, I picked up the phone and called Comcast and must admit that I was pleasantly surprised when I was able to speak with a customer rep. after only a few minutes.  “Maybe my luck with Comcast is changing,” I thought to myself.

The rep was offshore but very pleasant, well-spoken and seemed to actually care about me (I am susceptible to faking).

The downside to the interaction was that she answered every one of my questions by saying, “Sir, all I can tell you is that we are doing everything possible to resolve the situation.”  I really would have loved to know what areas they were working on, what their restoration plan involved and a general estimate of how long I could expect my power to be down but I guess that’s a fantasy.  Interestingly enough, she did reveal that only about 17% of households in the DC area had access, which was something.  She also did assure me that all customers who lost service during the outage would be reimbursed (provided they called back in once service had been restored).  I thanked her and got off the phone after a few minutes of not getting anywhere.

Back on Twitter, I was amused to find that XFinity had begun talking about the cable lineup for the evening.  I decided to respond, which resulted in this little exchange:

I wasn’t the only upset customer on Twitter.  In fact, the combination of the service outage and mobile access to Twitter culminated in a pretty hostile online environment for Comcast:

So, just to avoid making this a completely negative post, here are some things I think that Comcast could have done differently:

1. Next time, have an actual plan and tell customers what it is – I’d like to believe that Comcast did actually did have a plan that included collaborating with local utilities and staffing up to minimize downtime.  Educating customers on some key points of the actual plan would have demonstrated that there was substance behind Comcast’s general messaging.

2. Give customers actual information – What is worse than a pissed off customer?  A pissed off customer in the dark.  It is inevitable that outages are going to happen but next time, provide customers with actual information.  Repeatedly telling customers, “We are working on it,” and showcasing a diagram from the 80’s that explains how the cable system works doesn’t help much.

3. Proactively credit customers for the outage – This may sound insane to anyone at Comcast who is tied to revenue, but I truly believe that proactively compensating customers for outages will ultimately be counterbalanced by reduced matriculation to competitive service providers.  It’s at least worth testing.  When you are in the midst of an outage you are already pissed off, the last thing you want is to be told that you should call in once service is restored to request a reimbursement for lost service.

4. Think about freezing advertising during outage periods – I shouldn’t have to hear radio ads telling me about the awesome new packages you are offering customers when your service doesn’t work.  I know you can’t really control all communications channels but you should be able to exert some control over the radio ads.   Use the ad inventory to tell customers what you are doing to get them back online.  That’s going to be better advertising that telling a city of people about Xfinity when nothing is working.

5. Maybe get someone who isn’t on vacation to be your first POC online – I find it laughable that a guy with the twitter handle “comcastcares” was on vacation during the outage.  Consider creating an ongoing channel that isn’t tied to one individual and have several people manning the channel and providing meaningful updates.  On a side note, it’s a little sad that another one of your social media folks (@xfinity_tv) referred me to a guy on vacation.  Take social media more seriously.

Personally, I haven’t really cared that much about what Facebook does with…