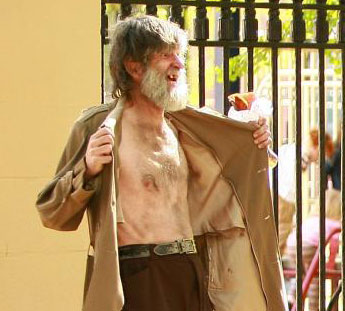 Personally, I haven’t really cared that much about what Facebook does with their platform.  In general, I would say that they are trend-setters when it comes to design, UX and general social functionality.  People often grumble when they release new features however retrospectively, most of the features they release tend to achieve significant adoption and many come to define the industry standard.

One area that Facebook does tend to drop the ball is with features oriented around privacy as they tend to err on the side of keeping things open as opposed to closed.  When it comes to social networking platforms, this is a mistake.

In their recent release, Facebook made some rather fundamental changes to the entity type, “lists.”  On the legacy platform, you were able to define privacy settings for the various profile components and attribute certain privacy settings to specific lists you had built.

The feature made it simple to categorize your network into buckets and set preferences that would be applicable to these various buckets.

When Facebook released their most recent product update, I didn’t give it much thought (beyond thinking it was cool that they had increased the size of photos in the feed) until I decided to help a friend configure her privacy settings.  I was a bit surprised to find that the UX behind security had changed and also disturbed that my legacy privacy settings had simply disappeared.

After a bit of poking around, I finally stumbled upon the new privacy control and it confirmed that everyone within my network now had open access to my full profile content.

Amusingly, it would also appear that adding a value to the “Hide this from” field  doesn’t actually save (on Chrome).  Currently, not only are my former privacy settings gone but I am ostensibly not able to re-configure them.

So, where does this leave us?

On a very fundamental level, the trust that I had been building over the past five years with Facebook has been compromised.  I would also note that trust is the single most powerful point of differentiation, which allowed Facebook to grow into the empire it is today.

From my perspective, Facebook simply is no longer a viable platform for managing both my professional and social life.  Moving forward, I’ll start curating my network on Facebook to simply host my social relationships because quite frankly, I don’t want to go through all the trouble of configuring settings when the next Facebook release may just wipe them out again – particularly, when there is a better option available (LinkedIn).

I’d love to know what other people’s experiences have been and how they plan to respond.