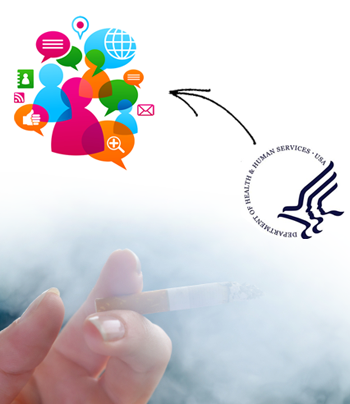 This is Part 2 of a 5-part series devoted to exploring the concept of Big Data to determine what makes it different from other hyped data “revolutions” of the past.

Back in 2005, Kevin Kelly, the founding executive editor of Wired wrote,

Three thousand years from now, when keen minds review the past, I believe that our ancient time, here at the cusp of the third millennium, will be seen as another such era. In the years roughly coincidental with the Netscape IPO, humans began animating inert objects with tiny slivers of intelligence, connecting them into a global field, and linking their own minds into a single thing… From this embryonic neural net was born a collaborative interface for our civilization, a sensing, cognitive device with power that exceeded any previous invention. The Machine provided a new way of thinking (perfect search, total recall) and a new mind for an old species. It was the Beginning.

At the time, Kelly was illustrating (albeit in what I found to be somewhat excessive strokes) the movement that would eventually come to be known as social media.  When I read his article, I responded by semi-neurotically deconstructing his thesis.  Since, his prophecy seems to be coming to fruition as the collective consciousness of humanity has found its voice in social media.

In Part 1 of our series exploring the concept of “Big Data,” we explored how a seemingly innocuous act (posting to your Facebook wall) can have significant ramifications.  The significance of this causal relationship is two-fold: First, it shows how an online action can trigger a multitude of  data-producing results as well as induce subsequent actions from interconnected users, which in turn produce more data-producing results.   Second, it show (on a micro level) the broader impact of social media when it comes to data production.

There are a wide variety of perspectives on “Social Media” and the intent of this article is not to explore the subject area.  Suffice it to say, the past decade has seen increased access to media production tools on the individual level.

This has caused a shift in traditional processes of media production and consumption, which can be characterized as moving in the direction of democratization.

So what is the significance of social media for Big Data?

Take for example, a simple use case in which an individual quits smoking.

In a traditional media paradigm, the individual might tell some of their friends and family about the event and more than likely, that would be the extent of it.  In this paradigm, the only way the act would have any quantifiable significance would be if an organization like the US Department of Health and Human Services (HHS), were to proactively quantify it through a research initiative.

Now consider the use case in the social media paradigm where an individual who quits smoking can Tweet about it, post it to their Facebook wall, write about it on Tumblr, etc.  The chances that quantifiable abstraction – data – will be produced in a social media paradigm are significantly greater.

These conclusions bring us to the first conclusion regarding Big Data:

Social media facilitates an incremental rise in the amount of data that enters the public sphere by providing individuals with access to the tools of production.