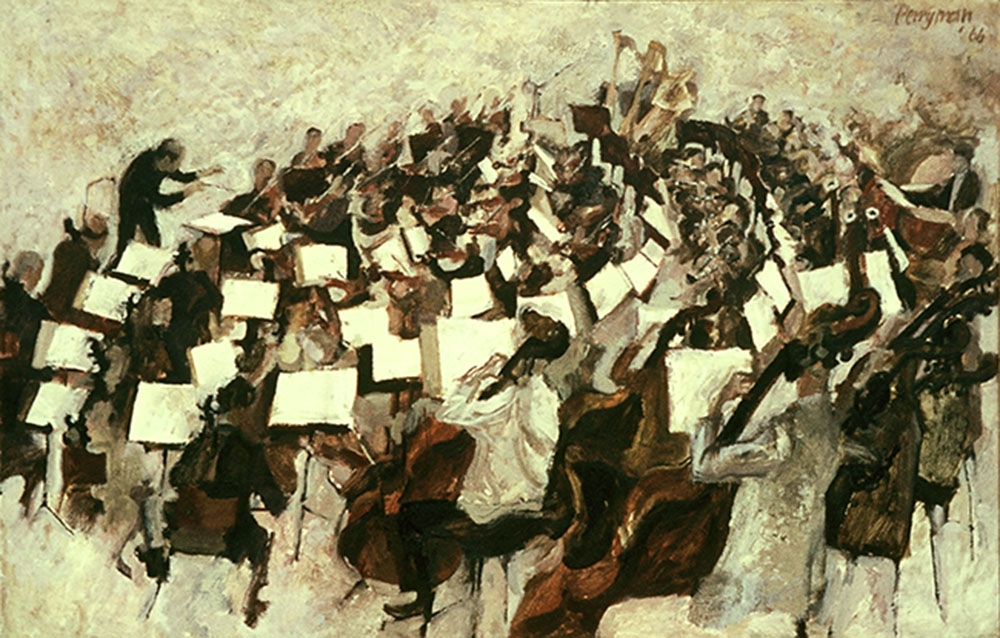 When Dave and I started BuildZoom, my perspective on Culture was that it was an abstraction that executives at Fortune 500 companies mull over in order to justify their existences’; I was interested in things like conversion rates, user acquisition, and revenue.

After Y Combinator, we raised a small seed round and expanded from two to five. I rarely thought about Culture – after all, we were a tight-knit unit, working from morning until night, building something new and incredible. Initially, we worked in the living room of Dave’s home in Pac Heights and were in constant collaboration – we were like Voltron (apologies to the millennials out there for the outdated reference). Each morning, I couldn’t wait to get to Dave’s house, where our wolf pack was building something that was changing a huge market and touching millions of people.

As our team expanded, something peculiar began happening. Although most of our new teammates would integrate into the core team pretty seamlessly, there were several cases where things felt off. Inevitably, the the first firing took place and it absolutely sucked – I felt sick and suffered from insomnia for weeks before and after the act.

As we continued to grow, we began adding more members outside of the core engineering team and that peculiar feeling continued to grow until one day, I came into the office and realized that I wasn’t as excited about working with the team. After some reflection, I realized my dampened enthusiasm was entirely based on two folks we had hired.

The first, who I’ll refer to as Mr. 5pm, would inevitably start yawning at 4pm, begin checking his phone incessantly by 4:30pm and out the door at 5pm on the dot. The second, Mr. Dreamer, would come into the office each day with a new pie in the sky idea, completely oblivious to the mission at hand. Collectively, Mr. 5pm and Mr. Dreamer had somehow found a way to negatively impact my joy at building an incredible product and an incredible business.

In that moment, a classic NFL adage popped into my head: “Never draft for need; look for the best player available.”

Both Mr. 5pm and Mr. Dreamer had been hired to fill needs and we had fallen into the trap of thinking that it was preferable to fill a role with someone unspectacular as opposed to nobody at all. Thinking through the hiring process for Mr. 5pm and Mr. Dreamer, it was clear that in both cases, neither of us were particularly excited about the candidate but they seemed ‘good enough.’  This was a sharp contrast to the majority of past hires, who generally had us desperate to have them join the team.

It wasn’t long until both Mr. 5pm and Mr. Dreamer were gone and my unfettered joy at working with the team, returned immediately. It was then that Dave and I agreed to never make another hire unless we were both blown away by the prospect.

After our Series A, we continued adding to the team and found that our edict – to only hire when we were both blown away – was yielding consistently positive results, albeit it also meant that we were spending a lot of our time on candidate evaluation and not hiring at a rapid enough pace to keep up with a steadily increasing list of opportunities.

Around this time, I attended a dinner at Joe Lonsdale’s house (our lead investor and board member) and found myself sitting next to the great Scott Cook. I was struck by his otherworldly combination of cognitive acuity, humility and wisdom and I most likely annoyed the other dinner guests by bombarding him with a steady stream of questions. When the dinner ended, Scott approached me and to my amazement and delight, offered to visit BuildZoom and speak with the team.

The team was thrilled when I informed him that Scott would be visiting and peppered him with questions over the course of 1.5 hours. Although he shared a variety of anecdotes and lessons on that day, it was his answer to one question in particular that had a tremendous influence on how I think about culture.

I asked, “Are there any common attributes you’ve identified in the strongest members of your team?”

He thought for a few moments and then explained how in his early days, he made some hiring mistakes that took years to recover from and ultimately, came up with a simple framework to help evaluate talent: “First, I’ve noticed that the strongest performers have contagious energy. You can always tell when they are present because the energy in the room seems to increase. Second, they typically have incredibly high standards, exhibited in the work they produce and the expectations they place on their peers. Finally, they are the type of people with the underlying drive to work until the job is done; the concept of  a 9-5 day is foreign to them.”

Over the following weeks, Scott’s answer reverberated in my mind and kept popping up in conversations that Dave and I were having, about the company. Thinking back on our own successes and failures in hiring, I realized that we couldn’t use Scott’s exact framework but there was one that could predict whether someone would thrive or fail at BuildZoom.

After many months of back-and-forth, we ultimately were able to identify five characteristics in particular, which could be used to identify core BuildZoom team members. They are as follows:

1. Tenacity – In BuildZoom’s infancy, the founding team would work from morning to night and it wasn’t unusual for us to put in 70-80 hour weeks. Nobody forced us to work these hours, we were grinding because there was an incredible amount of work to do and we were all wired to work until the job was done. One of my mentors, Bill Wagner (currently the CEO at LogMeIn), once asked me whether my tenacity came from a desire for money or self-actualization. Over time, I’ve come to realize that tenacity can come from different places (I think there are more than the two Bill cited) and I’m not sure how much its etiology matters as long as it is present.

2. Scrappiness – This is an attribute that spawned out of our bootstrapping days, when we’d be maniacal about finding free, alternative solutions to solve problems when a paid option was available. Often, our hacked (and free) solution would outperform the status quo. Over time, I’ve come to realize there are times when scrapping has opportunity costs that simply aren’t worthwhile but to this day, when presented with a new challenge, our first instinct is to consider whether there is a way to beat the status quo.

3. Results before ego – I recall one day in particular, when I found Dave manually coding thousands of photos to build a ground-truth set for a classifier. Coming from a mid-market company with decent resources, my first reaction was to ask why Dave would be doing a job that we could outsource for $5/hour. Dave’s response was that it would take longer to find someone else to do the work and he wanted the classifier done on that day. Dave has an uncanny ability to eliminate all noise and hyper-focus on achieving results and I quickly learned that prioritizing ego over results, is a great way to fail.

When building something from scratch, you get your hands dirty – there is nobody to delegate to, nobody to share a process document with; there is just the action and its result. In the trenches, I found a secondary benefit – insight into opportunities hidden from view in the ivory tower. To this day, I make it a habit to work the support desk and engage directly with users on both sides of the marketplace and have no time for those who want to spend all their time in the ivory tower, delegating things ‘beneath them’ to others.

4. Data driven – At BuildZoom, we strive to operate with a sense of purpose. When we put a roadmap together, you can be sure of three things: First, that the items on the top of the list will have an impact on our KPI’s; second, they are grounded in strong business cases and supported by compelling data; and third, that once they have been deployed, we’ll be carefully evaluating their performance. One of my pet peeves is getting pitched an idea that is supported by data gathered from a sample of 1 (the person pitching the idea).

In our early days, I recall one meeting in particular, when a member of the team had been allocated significant engineering resources to develop a complicated internal tool that was intended to dramatically increase operational efficiency. After the tool had been deployed, we reconvened to evaluate its impact and when the evidence for its success was based on anecdotal feedback from several members of the business operations team. My question regarding its overall impact to efficiency was met with silence and after the meeting, I dove into the overall output metrics and quickly realized that not only had the tool not made a difference but half the team wasn’t even using it. Today, before we allocate effort to something new, we always ask the question, “If this is successful, how am I going to be able to prove it?”

5. High standards – We stole this one out of Scott Cooke’s playbook but it is an extremely strong predictor of whether or not someone will thrive at BuildZoom. Our general view is that if we can’t do something at the highest level, it is probably not worth doing. There are definitely cons to this approach – it certainly can result in a slower rate of growth; at the same time, we’ve seen several ‘rocket ship’ companies in our space, grow to 500-person companies one year, only to shrink to 10 the next. By maintaining high standards and operating with purpose and focus, we’re perpetually growing and improving. Ultimately, our high standards will be what allow us to dominate this market.

Originally published on Forbes.com (March 2014)  When you’re working at a large…

This was originally published on Forbes.com (November 2013) “But why would we…